Home / News / ROLEX AND THE WORLD OF MOTORSPORTS

With the start of the Formula 1 series of 2018 just around the corner and Rolex watches being our most popular brand here at Edinburgh Watch Company, we thought it would be a good time to get you up to speed on Rolex and their associations with Motorsports over the years.

Rolex’s history of close ties with motor racing and speed reaches back to the early 1930s. Driven by a passion for performance and precision, Rolex partners the leading motor sports series, Formula 1, iconic endurance and classic events and much more;

A GLOBAL PARTNERSHIP WITH FORMULA 1 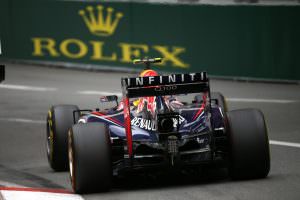 In early 2013, Rolex became a Global Partner and Official Timepiece of Formula 1, the ultimate form of motor sports. Like Rolex, Formula 1 is present the world over, with 20 races organised in 20 countries across five continents… 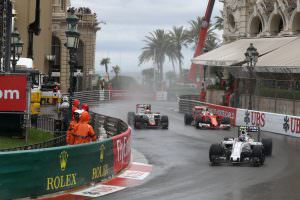 FORMULA 1 Grand Prix De Monaco is considered one of the all-time greatest races. It requires a combination of precision driving and technical excellence and has been a regular fixture since 1955.

Winning in Monaco places a driver’s name on a list that includes many all-time racing greats. Among them the legend, a man from our home country, Sir Jackie Stewart, three-time FIA Formula One Drivers’ World Champion and three-time winner of the Monte-Carlo street circuit. 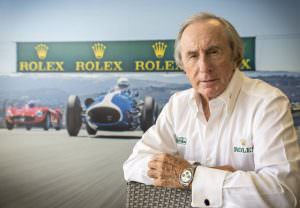 Goodwood 1964. Team bosses are amazed as a young Scot, testing an F3 Cooper for the very first time, beats lap time after lap time set by a leading Formula 1 driver… So begins the career of John Young “Jackie” Stewart. A career that brings 27 wins in 99 starts and three FIA Formula One World Drivers Championships. In addition, he’s been a marksman, a team owner and a campaigner for dyslexia awareness. But possibly his greatest victory came from almost single-handedly revolutionising motor-sport safety. So, although Sir Jackie himself may have retired from racing, the mark he’s left remains as visible as ever and will always be one of the greatest names is motor sports. 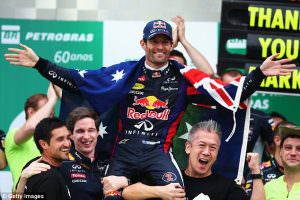 Australian racing driver Mark Webber has reached the highest level of motor sport succeeding in both Formula 1 and endurance racing, winning the FIA World Endurance Championship and finishing second at the most prestigious endurance race, the 24 Hours of Le Mans in 2015. Webber’s most memorable F1 Grand Prix wins came around the streets of Monaco, where he won twice at what is known as the ultimate racing drivers’ circuit.  His career is one of a truly multi-talented driver, making him a natural Rolex Testimonee.

The FIA World Endurance Championship (WEC) tests drivers and machines to their limits during nine high-speed endurance races held around the world every year, including events that have marked the history of motor sport, such as the 24 Hours of Le Mans and the 12 Hours of Sebring – both supported by Rolex. This exciting series attracts the top drivers and is backed by innovative motor racing technology from world leading manufacturers. Rolex is Official Timepiece of the WEC. 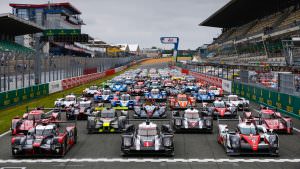 The 24 Hours of Le Mans is the world’s oldest active sports car race in endurance racing, held annually since 1923 near the town of Le Mans, France. It is one of the most prestigious automobile races in the world and has been called the “Grand Prix of Endurance and Efficiency”. The event represents one leg of the Triple Crown of Motorsport; other events being the Indianapolis 500 and the Monaco Grand Prix.

The race is organised by the Automobile Club de l’Ouest (ACO) and is held on the Circuit de la Sarthe, which contains a mix of closed public roadways and dedicated sections of racing track, in which racing teams must balance the demands of speed with the cars’ ability to run for 24 hours while remaining free of crippling mechanical failure. The brutality of this race can be readily understood by comparing the list of teams who set off from the start line against the roster of cars that survive for the full duration. Of the 60 cars which qualified for the 2017 race, only 49 cars ran the full duration successfully. 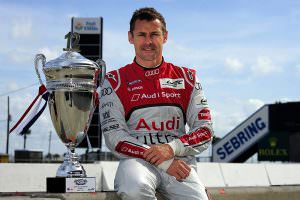 With a record of nine 24 Hours of Le Mans and six 12 Hours of Sebring victories, Tom Kristensen is a legend in endurance racing. 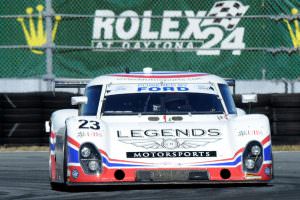 The 24 Hours of Daytona, currently known as the Rolex 24 At Daytona, is a 24-hour sports car endurance race held annually at Daytona International Speedway in Daytona Beach, Florida. It is run on a 3.56-mile (5.73 km) combined road course, utilising portions of the NASCAR tri-oval and an infield road course. Since its inception, it has been held the last weekend of January or first weekend of February, part of Speedweeks, and it is the first major automobile race of the year in the United States. It is also the first race of the season for the WeatherTech SportsCar Championship.

The race has had several names over the years. Since 1991, the Rolex Watch Company is the title sponsor of the race under a naming rights arrangement. Winning drivers of all classes receive a steel Rolex Daytona watch.

To learn more about the history of the Rolex Daytona please click here. 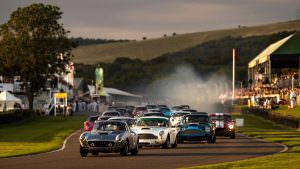 The Goodwood Revival is the most acclaimed historic race meeting in the world. It is a meticulous re-creation of motor racing’s most exhilarating period, where top drivers from around the globe compete in settings painstakingly true to the era. Here, the fast cars and flying machines of the time take you on a breath-taking journey back to the heady days that inspired the modern generation of motor-sport. 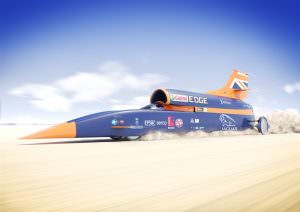 Bloodhound SSC is a British supersonic land vehicle currently in development. Its goal is to match or exceed 1,000 miles per hour (1,609 km/h) achieving a new world land speed record. The pencil-shaped car, powered by a jet engine and a rocket engine is designed to reach 1,050 miles per hour (1,690 km/h). It is being developed and built with the intention of breaking the land speed record by 33%, the largest ever margin.

In July 2016, it was reported that Andy Green would attempt to break his own World Land Speed Record with Bloodhound (to 800 mph) in October 2017. In March 2017 this attempt was pushed back to summer 2018.

Being the keen petrol heads that we are here at Edinburgh Watch Company and of course being lovers of luxury timepieces, we’re always on the lookout for timepieces with Motorsports ties. Like Rolex, most other luxury watch manufacturers have associations with Motorsports or car manufacturers and we think they’re seriously cool, not only are they often limited edition pieces but they are designed to match the design of the car.

We currently have three incredible unworn  Girrard-Perregaux watches. Back in the early 2000’s Girrard-Perregaux had an official partnership with Ferrari and these three watches are any Ferrari owners dream. One in 18ct rose gold, the other in 18ct white gold and the last in Titanium, they definitely make the right sort of statement.

We also an incredible Jaeger Lecoutre- Aston Martin watch matching the design of the speedometer on an Aston Martin.

For more information please don’t hesitate to get in touch.

The History of the Rolex Sea-Dweller