In addition to our regular stock watches from Rolex we are always on the look out for something a bit different, perhaps rare, limited edition,  a complicated movement or simply just very eye catching.

Well I reckon this timepiece from IWC fits the bill!

As one of only 1000 pieces made by IWC this is one magnicent watch. The photos only give an idea of how it looks, in the hand or on your wrist the gorgeous brown dial with contrasting brown crocodile strap makes this really pop!

Homage to a legend

With the Ingenieur Chronograph Silberpfeil, IWC has breathed fresh life into the legend of the historic Mercedes-Benz racing car. One characteristic feature is the dial with its circular graining in silver or brown. This is a tribute to the mythical status of the Mercedes Silver Arrow W 25, whose dashboard had a steel surround with circular-grain decoration. The efficient double-pawl winding in the IWC-manufactured 89361 calibre is one of the most outstanding achievements of haute horlogerie currently on offer. The upper totalizer makes it possible to read off stopped hours and minutes as simply as the time on a subdial. Stopped times up to one minute are measured by the central seconds hand. Used in combination with the tachymeter scale, this provides the speed at which a reference distance of 1,000 metres has been completed. Another very practical feature for anyone who frequents the world’s racing circuits is the flyback function for measuring pit-stop times. The chronograph features a black rubber strap with a brown alligator leather inlay. This, too, was inspired by the world of motorsport in the 1930s, when thick leather belts were omnipresent on motorcar bonnets. An attractive engraving of a stylized Mercedes Silver Arrow racing car can be found on the case back. Between 1934 and 1939, Mercedes-Benz chalked up countless Grand Prix and other championship victories with its Mercedes Silver Arrows.

Designed and manufactured completely by IWC in Schaffhausen, the 89360-calibre chronograph movement and its successor, the 89361, feature a significantly improved self-winding system and set new watchmaking standards. The design, which occupied an IWC development team for a full 4 years, was necessitated by a revolutionary chronograph display that enables the user to read off even relatively long periods of stopped times – 8 hours and 52 minutes, for example – at a glance: a circular totalizer combines the hour and minute hands as if they were a watch-within-a-watch. In 2012, it was joined by the newly developed 89365 chronograph movement including a stopwatch function with minutes and seconds as well as a flyback function. After further development, the IWC-manufactured movement was known as the 89800 calibre and used for the big digital date and month displays in References 3761 and 3791.

Please see the watch in our “collection” 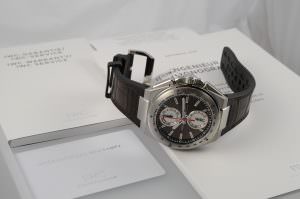 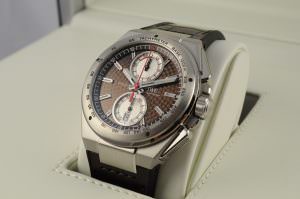 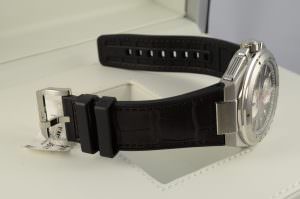 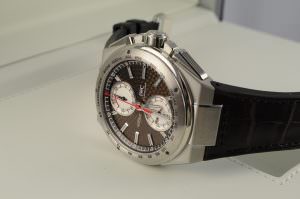 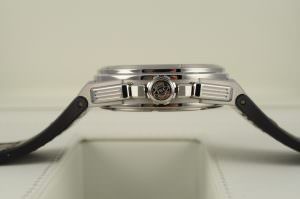 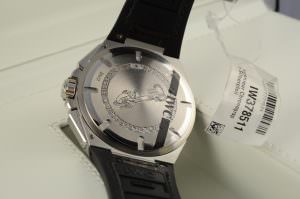 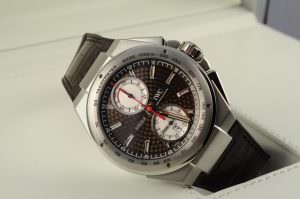