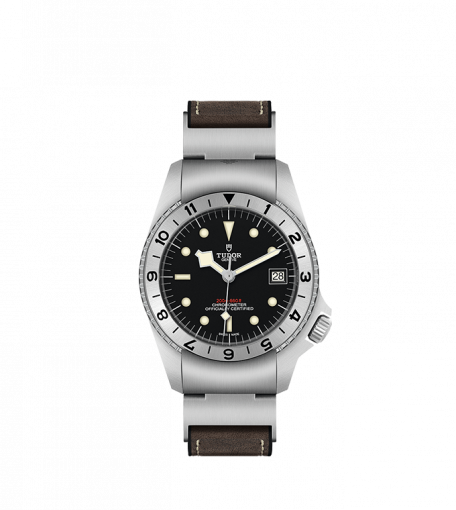 A mint example of this award winning Tudor. We love the styling, the history and timekeeping with Tudor’s latest chronometer movement. 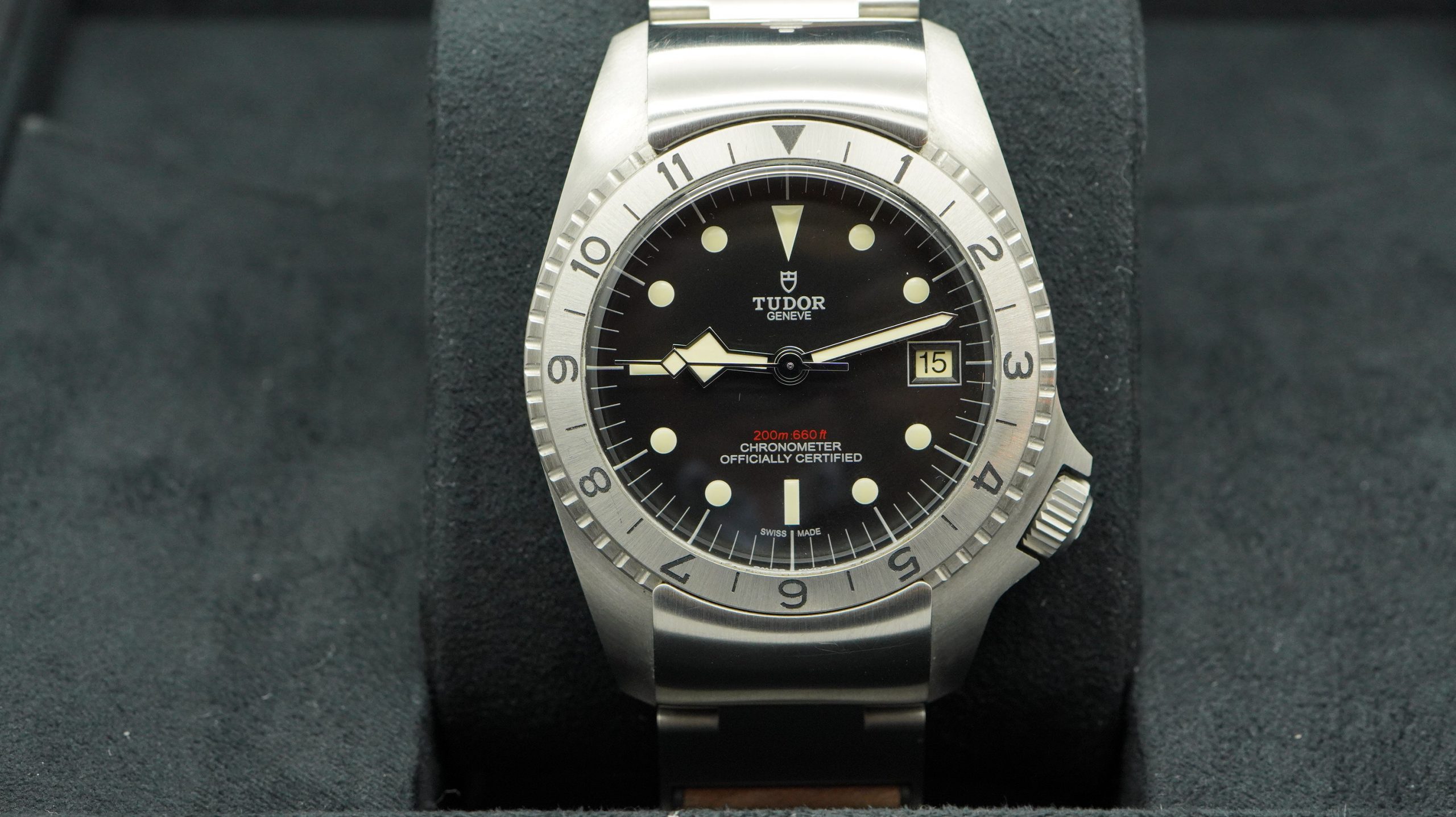 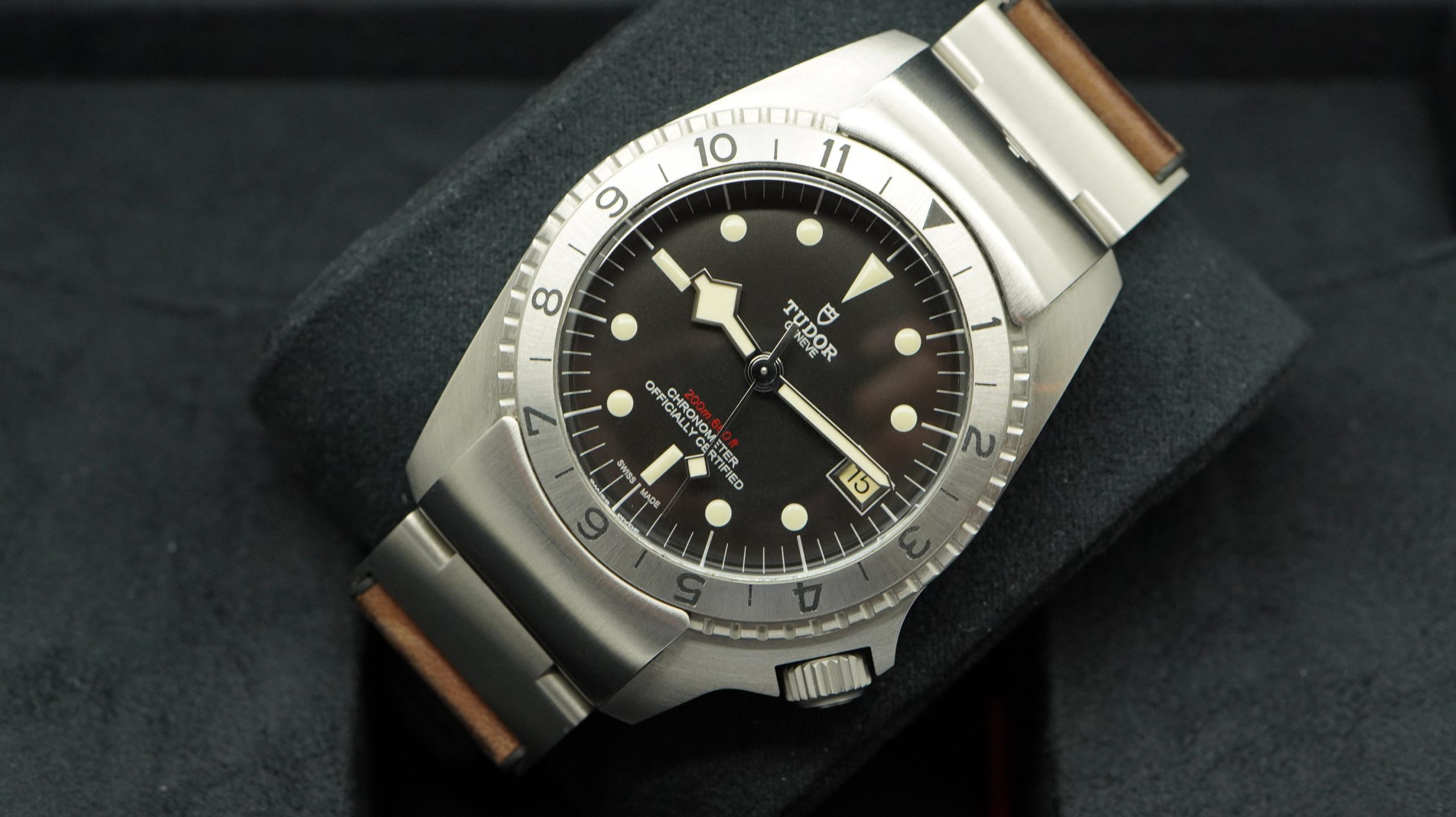 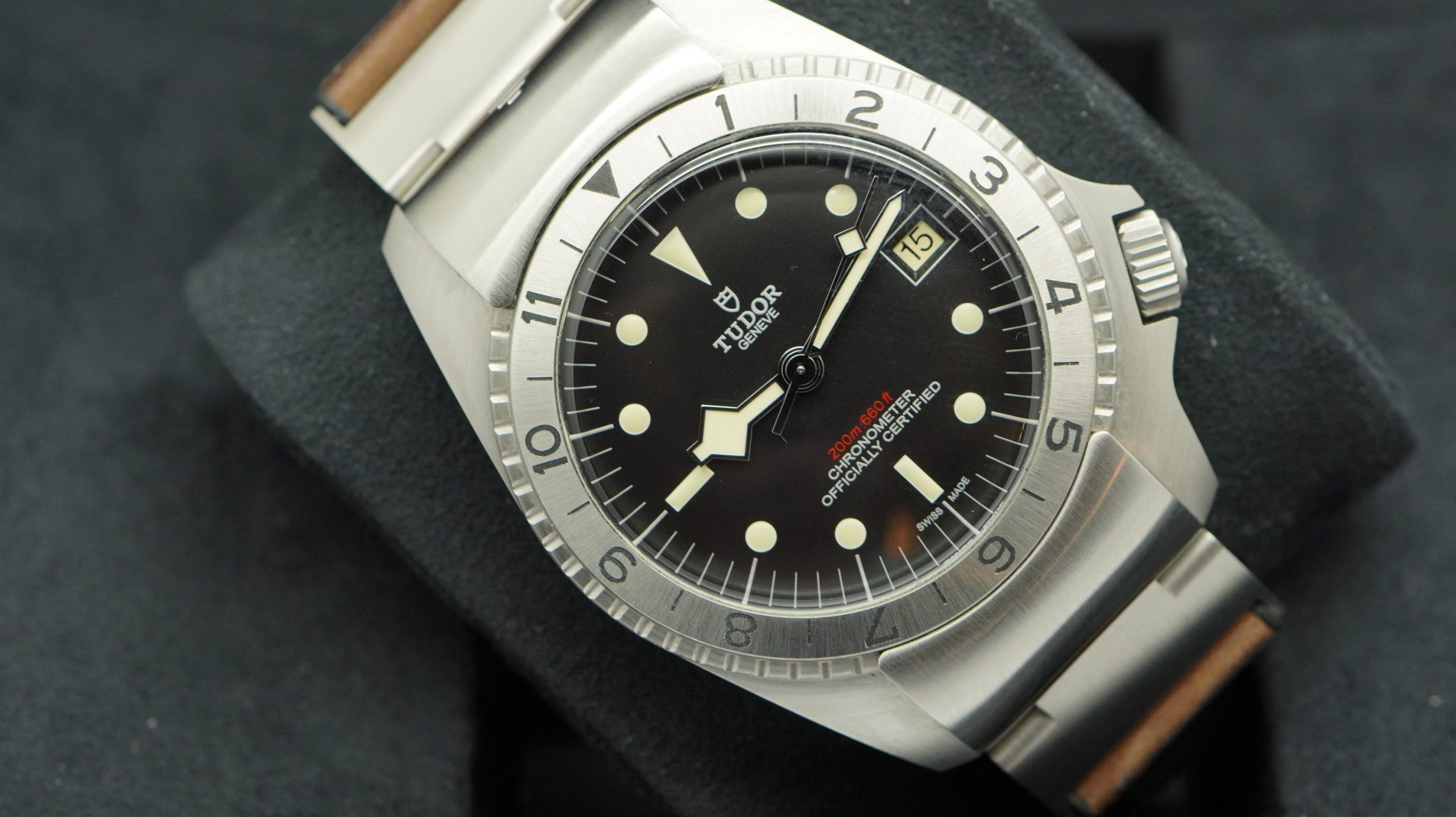 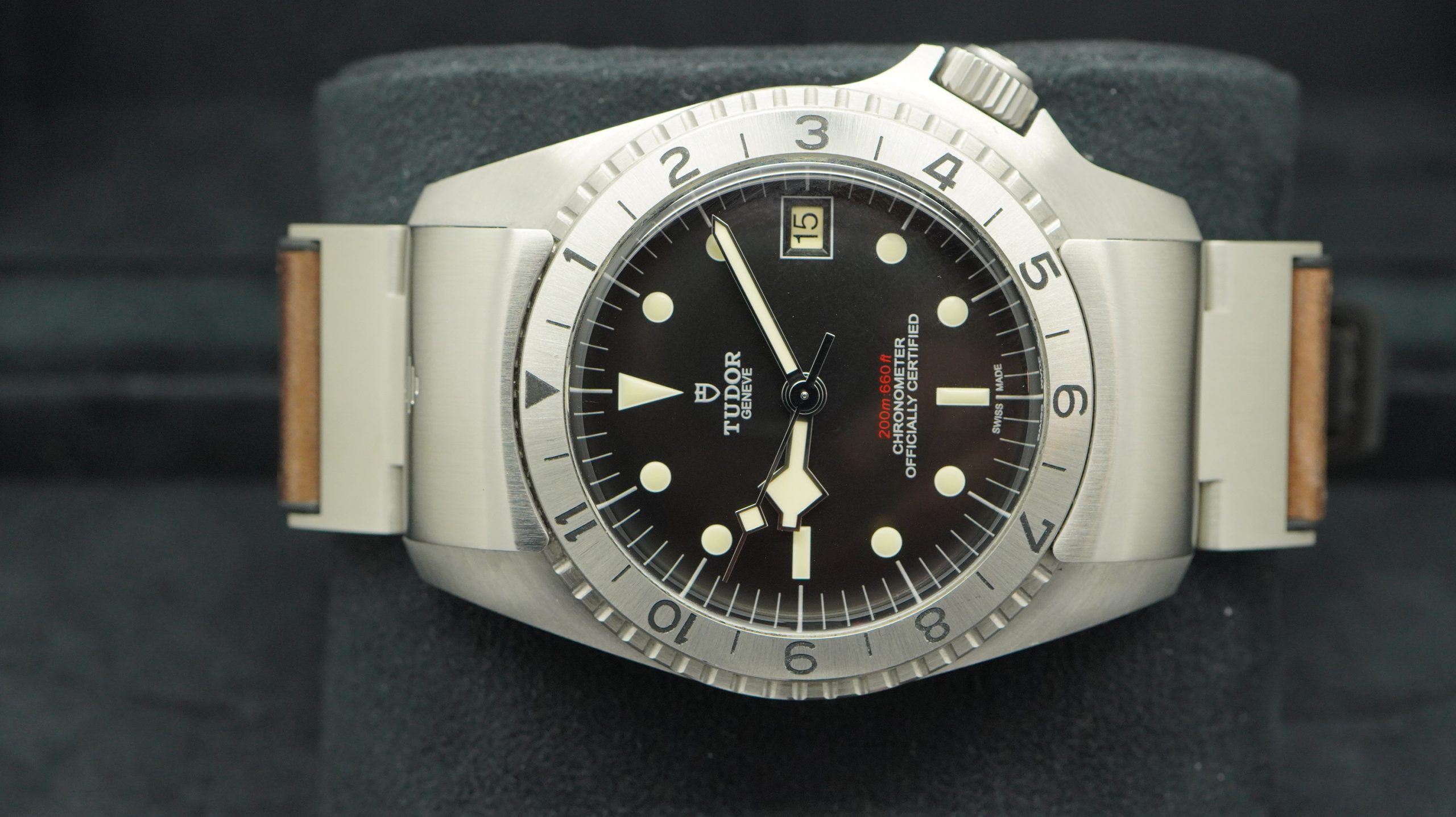 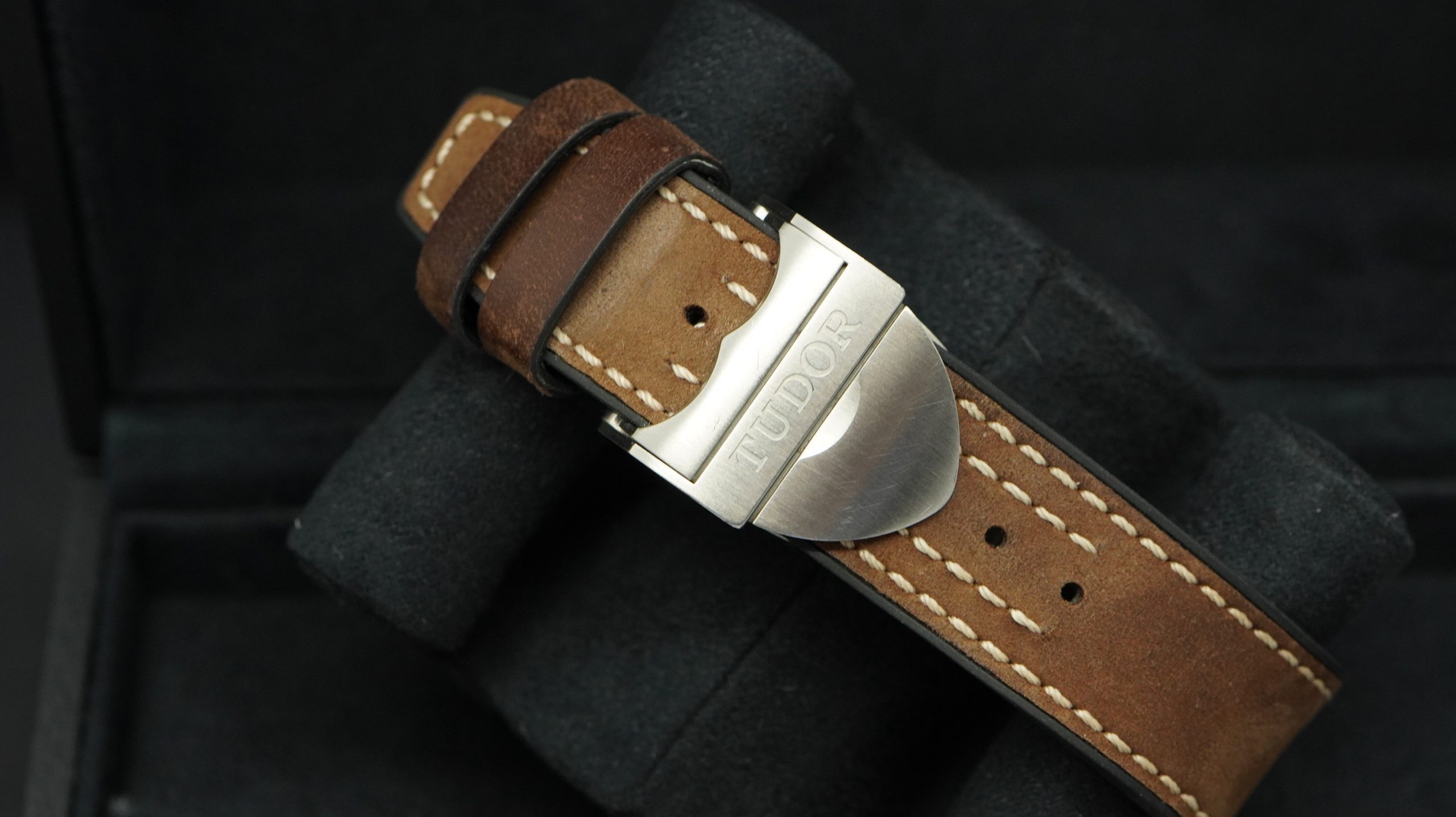 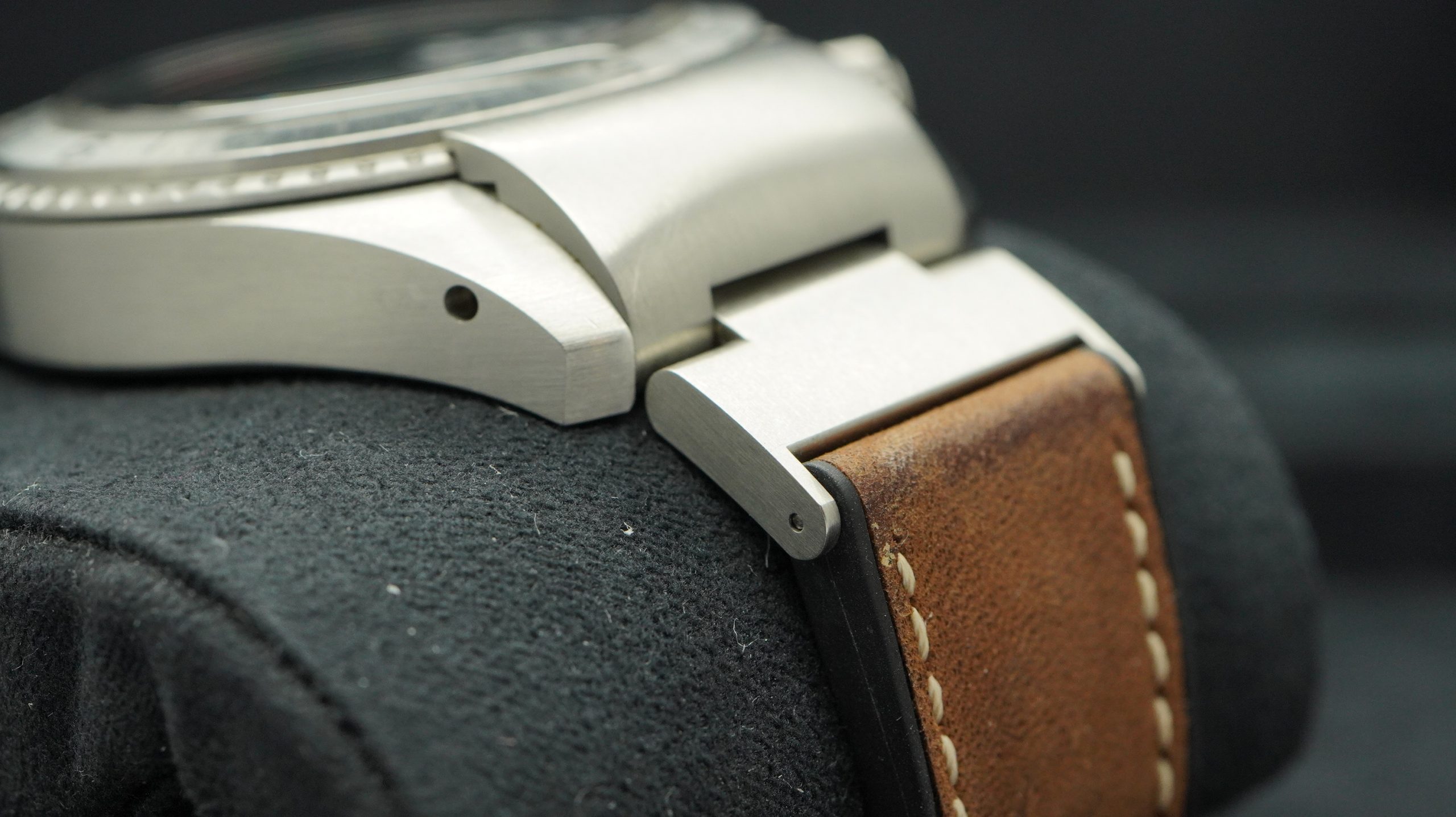 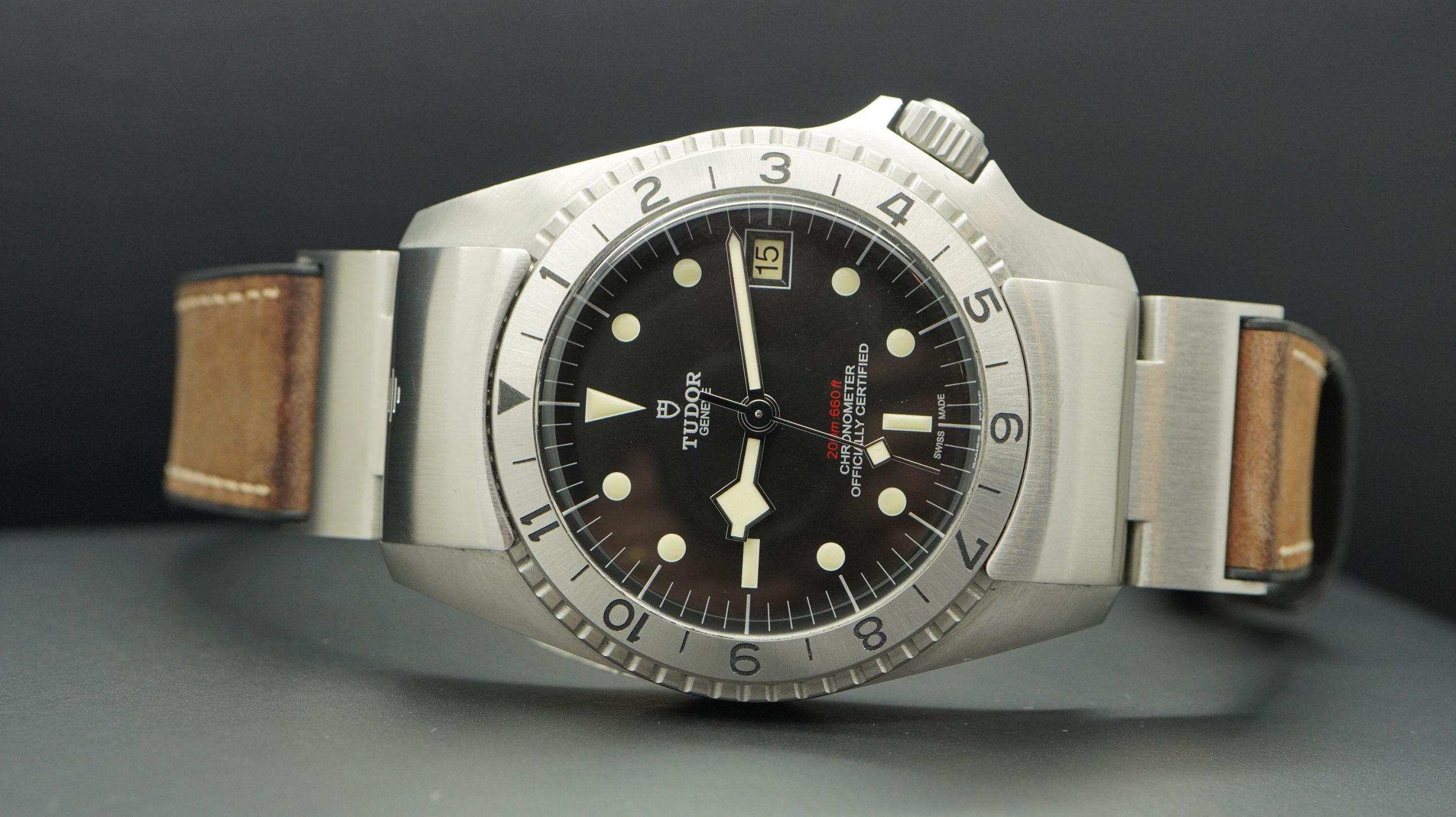 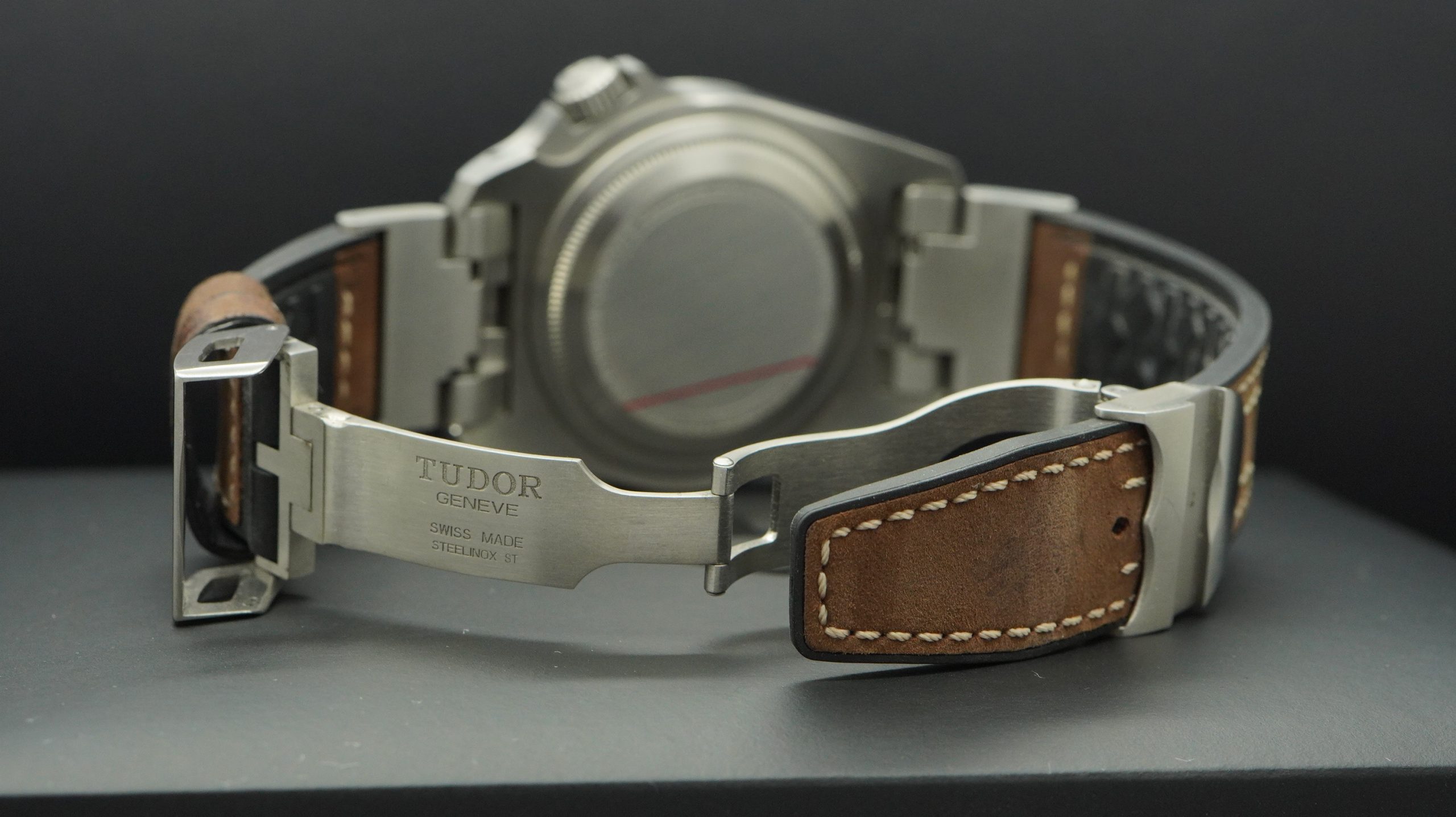 Here we have  the new release Tudor Black Bay PO1.

This is a mint example with papers dated 2019

As a new release these are very difficult to get so you can avoid the lengthy wait list by choosing our example.

Like all other models in the Black Bay line, the P01 adopts the TUDOR hands with their characteristic angular shape, known to collectors as “snowflake”, which appeared in the brand’s 1969 catalogue. The result of subtle combinations of historical aesthetic codes and contemporary watchmaking, the Black Bay line is far from simply being an identical re-release of a classic. It brings together over 60 years of TUDOR divers’ watches, while remaining firmly anchored in the present.

The hinged end-link system on the original prototype was the subject of a patent in 1968, which covered a locking and dismantling system for the bezel to aid maintenance of the watch. The Black Bay P01 model borrows from this mechanism, providing a stop system for the bidirectional rotating bezel via a mobile end-link at 12 o’clock.

Black Bay P01 is waterproof to 200 metres and features hours, minutes, seconds and date functions. It is fitted with a domed matt-black dial with painted luminescent hour markers. Respecting the utilitarian aesthetic of the prototype that inspired it, the case is entirely satin-brushed for a matt finish.

The strap developed for the Black Bay P01 model is a rubber base with “snowflake” motif on the back, finished with a brown leather trim. In the spirit of the period prototype, mobile satin-brushed steel attachments connect the strap to the watch case.

The Manufacture Calibre MT5612 that drives the Black Bay P01 model displays the hours, minutes, seconds and date functions. Its finishes are typical of TUDOR’s Manufacture calibres. Its openwork rotor is satin-brushed with sand-blasted details, and its bridges and plate have alternating polished sand-blasted surfaces and laser decorations. Its build has been designed to ensure robustness, longevity and reliability, as has its variable inertia balance, which is maintained by a sturdy traversing bridge fixed in two-points. Thanks to these qualities, together with its non-magnetic silicon balance spring, and 70-hour power reserve, the Calibre MT5612 is certified as a chronometer by the Official Swiss Chronometer Testing Institute (COSC).