• A perfect example of this iconic Rolex that with the clear glass has recently been discontinued
• We think this will be a great long term investment watch
• Just serviced . Two year warranty 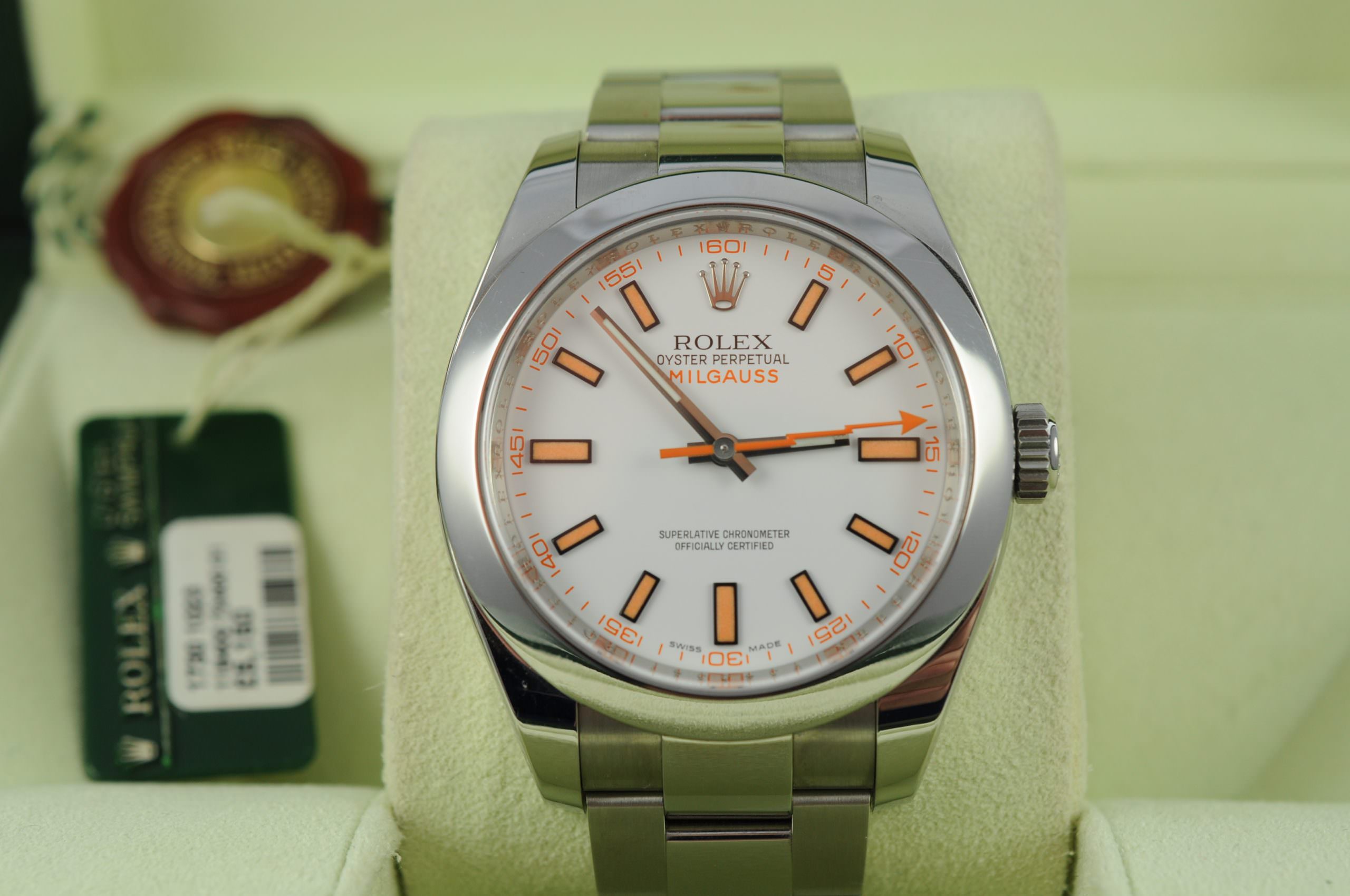 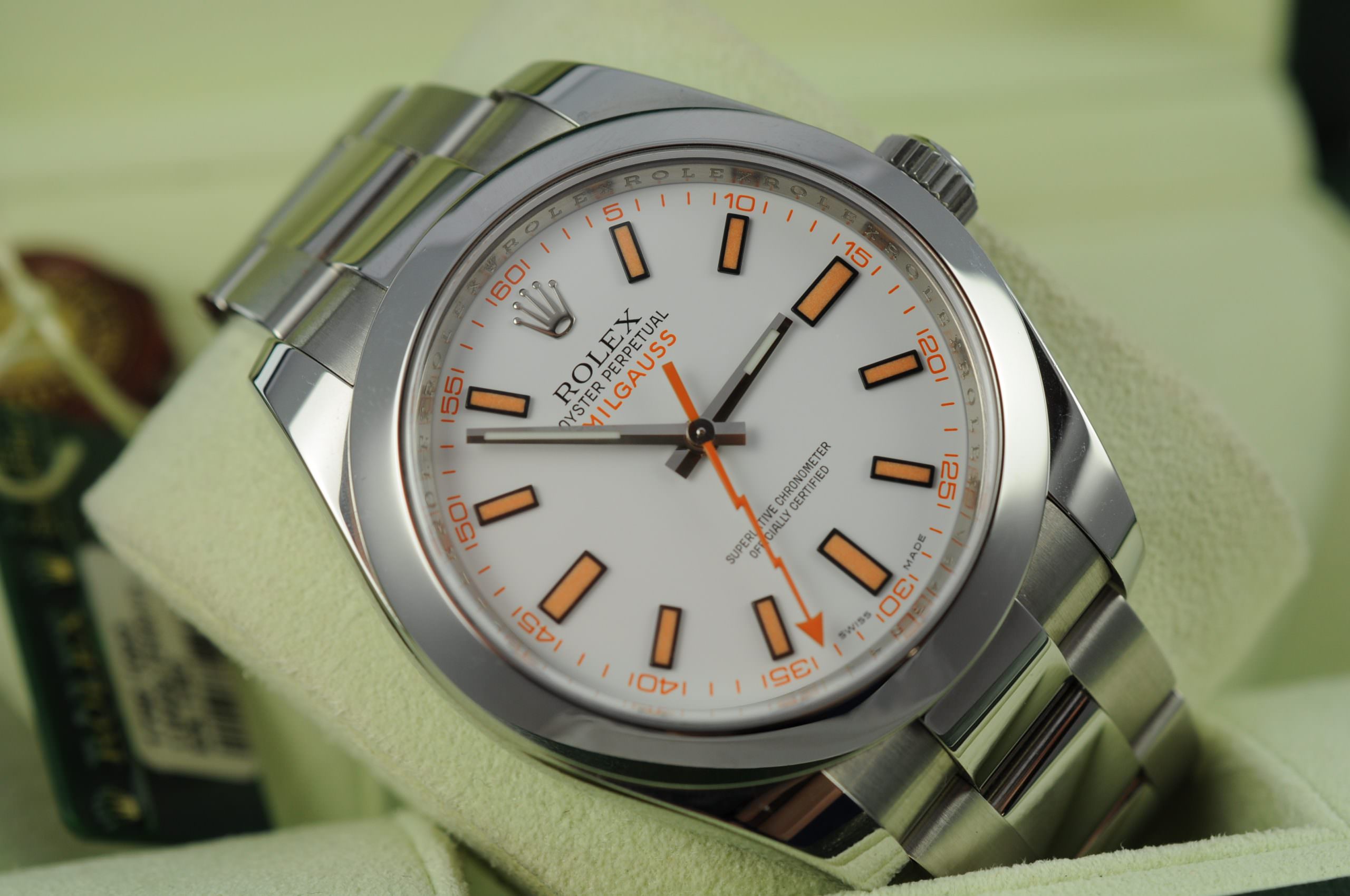 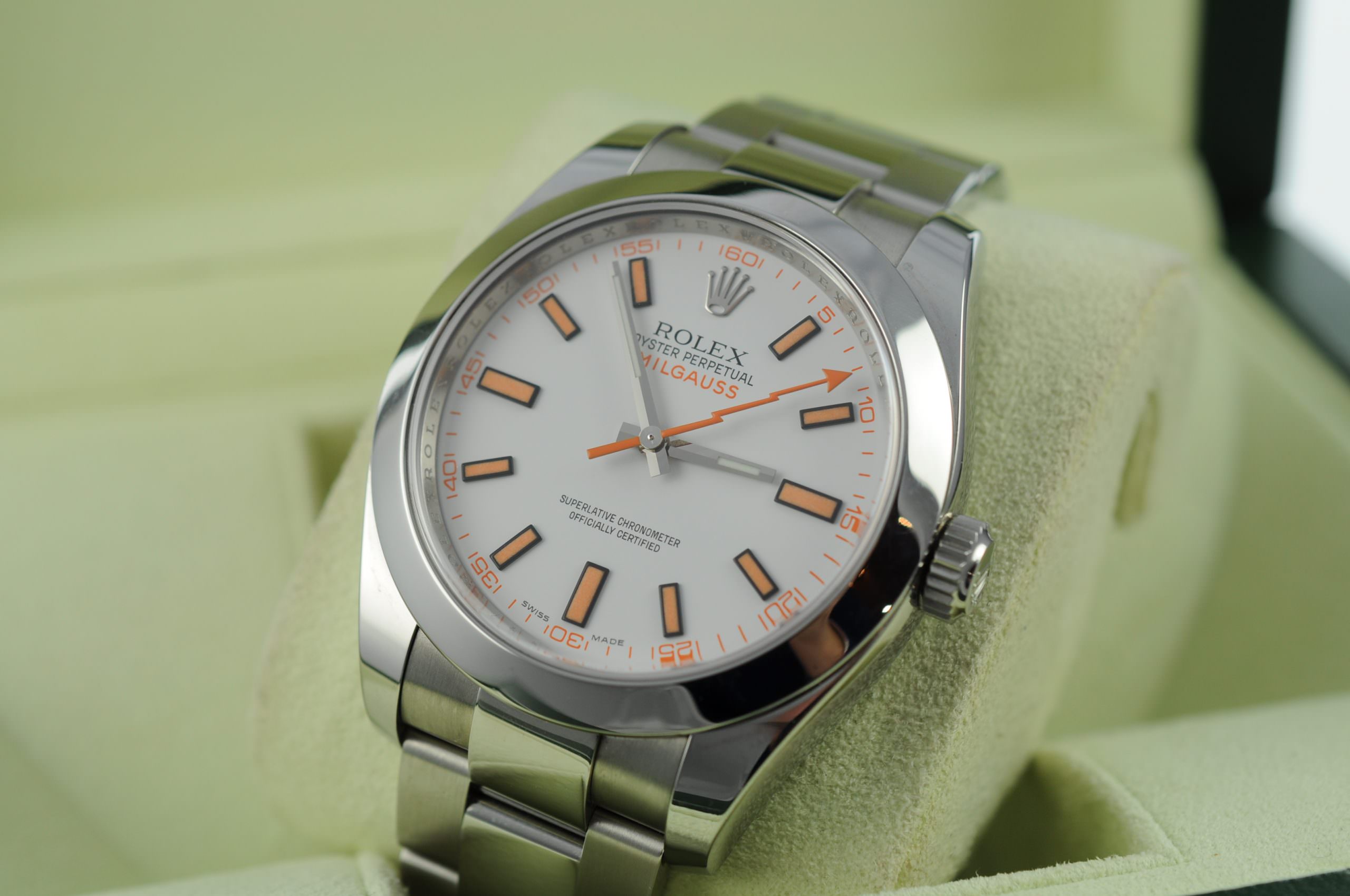 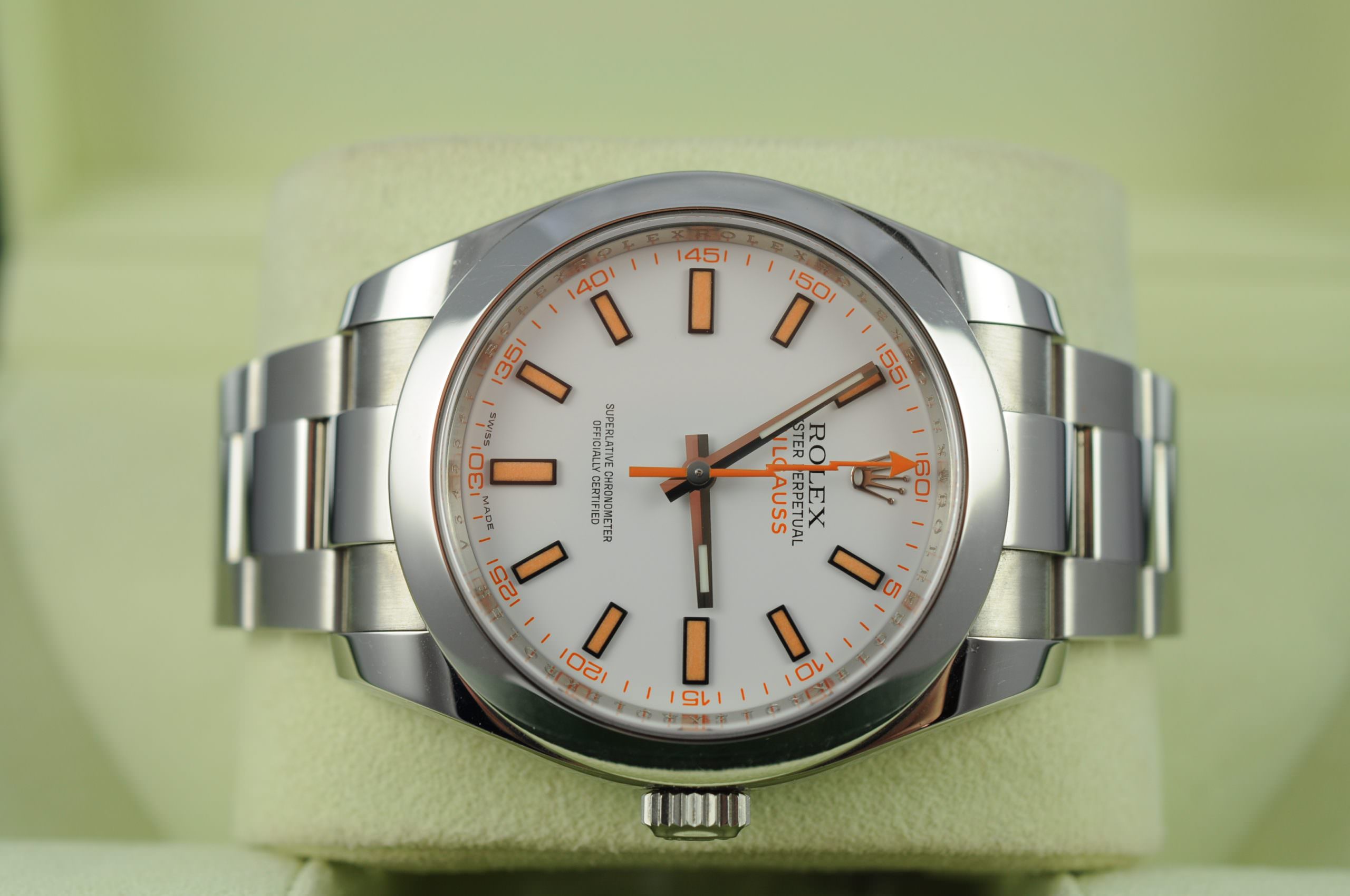 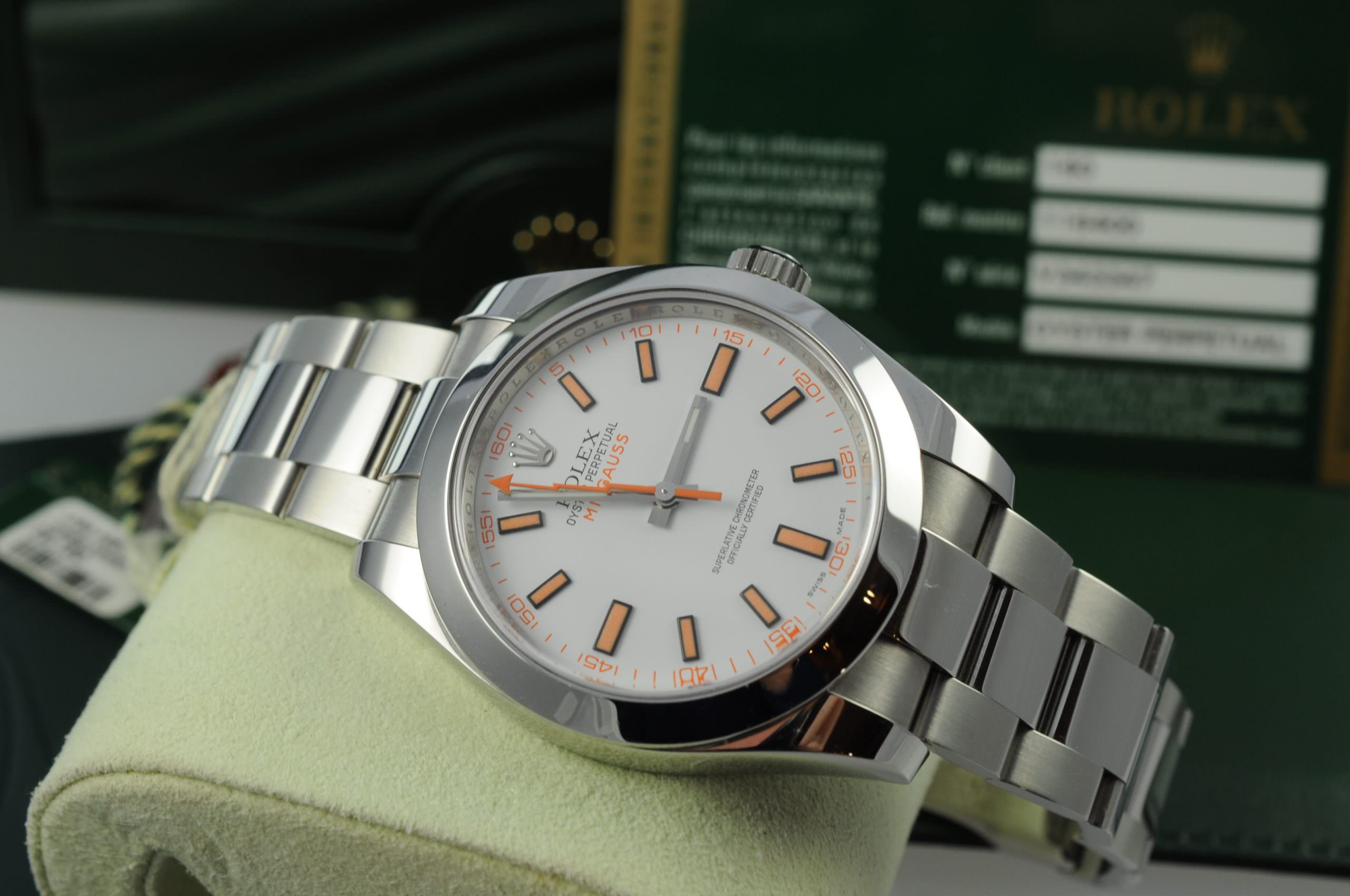 Here we have a mint example of a Rolex Milgauss 116400

This is the rare and now discontinued model with the clear glass and we believe will be a popular collectors watch.

This Milgauss was bought in 2014 and comes as a complete set with box and papers.