Home / News / Love Ferrari, Love fine watches… you may rather like this pair!

As we prepare to exhibit this weekend at The World of Supercars I share with you two very special unworn luxury watches we have been lucky enough to source. 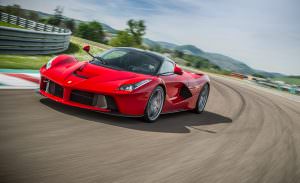 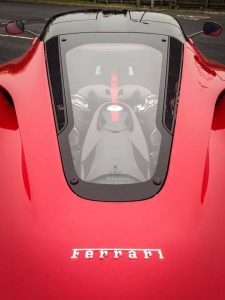 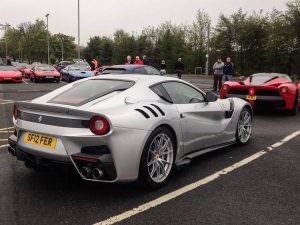 There is a strong historical and current relationship between luxury watch and car manufacturers. Breitling for some time have been associated with Bentley, Jaeger Le Coultre with Aston Martin, Blancpain with Lamborghini and Girard-Perregeaux and Hublot with Ferrari.

We feature two watches here in our blog that both have classic styles and we expect will be very sought after by our Ferrari owner customers and enthusiasts.

Firstly we share an ultra rare complicated watch. Featuring an automatic movement with split second chronograph and an 1/8th second counter via it’s subdial this is a mechanical masterpiece aside from its striking looks.

It is a limited edition timepiece and is No.72/250 made which have now all been sold and either are being enjoyed by their lucky owners or likely being stored away as an investment. 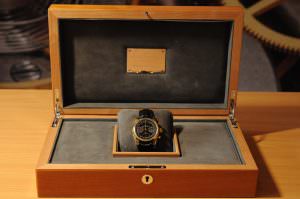 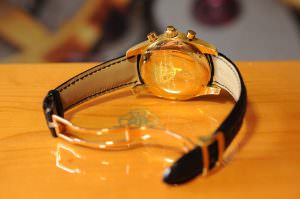 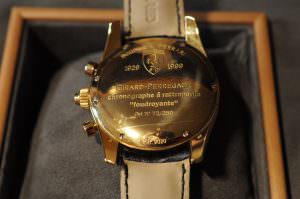 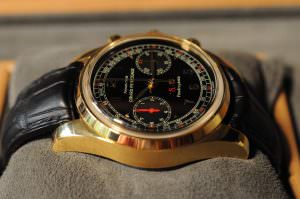 It’s 40mm case is manufactured in 18ct yellow gold so a nice gentleman’s watch that would beautifully grace a wrist whether for casual or business wear. It is mounted on a black alligator strap that has an attractive deployant clasp combining 18ct rose and yellow gold.

The black dial  with gold arabic hour markers is pure elegance combined with a sporty look accentuated with the 1/8th second counter in red. Functionality is complex and a joy to see in action as the user can utilise its chronograph functions and even record split second times if required via an additional button built into the crown.

The rear of the case is engraved with Scuderia Ferrari and shows the Ferrari logo and an individual number of the watch.

As mentioned earlier this watch is unworn and has been with a private collector for the last 18 years. It comes complete with it’s original authentication booklet including a hand written signature from the president of Girard-Perregeaux along with the Chief Horologist. While not on your wrist it can be stored in a beautiful Haute Horologerie wooden box (the garage for your Ferrari!) 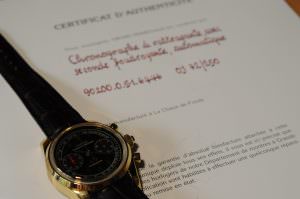 This would make a fantastic gift or perhaps just a treat to yourself.

This sports chronograph is No.11/200 and is in immaculate condition. 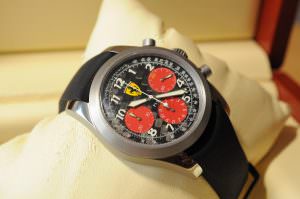 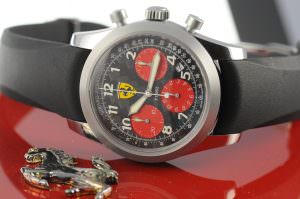 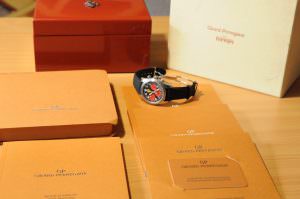 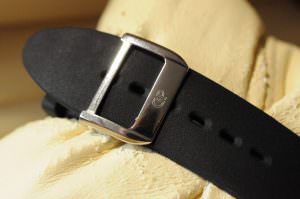 The dial is striking with with a carbon fibre look and red subdials. It also bears the F1-052 relating to The F1 car and model around the 2004 era.

Being made from Titanium alloy it is extremely light and fits like a glove with a its rubber strap. Fitting and removing the strap is also easily done as it has a titanium deployment clasp.

The movement can be seen in action via a glass display back and on the perimeter it shows the no.11/200 production run.

Both of these watches will be in show at Knockhill Race Circuit this Sunday 23rd July. Hope to see  you there!