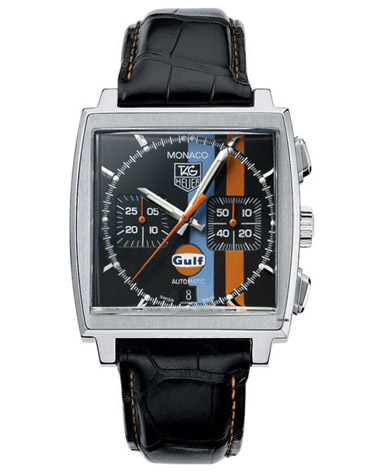 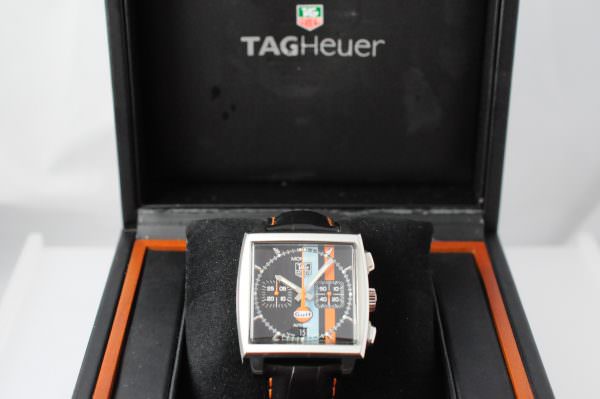 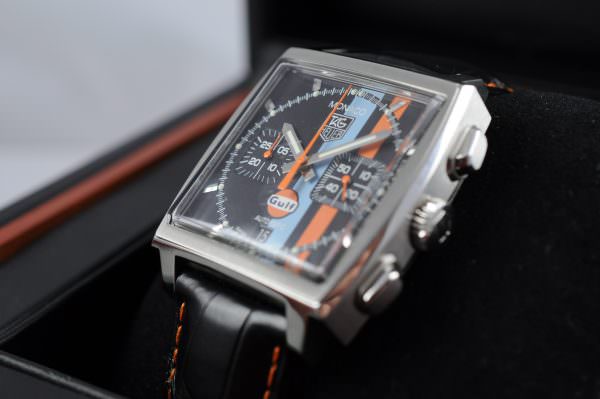 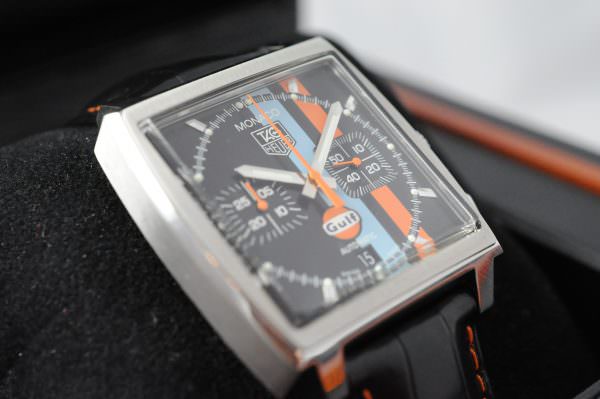 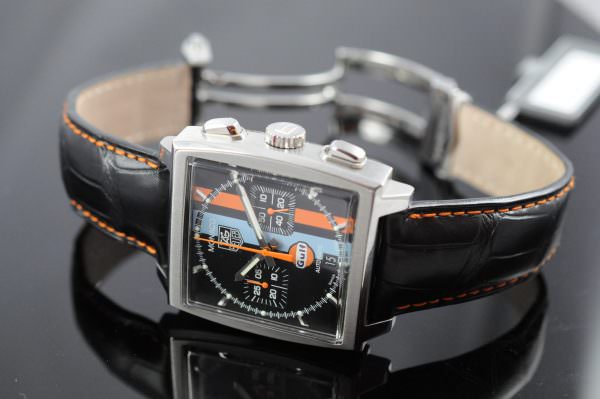 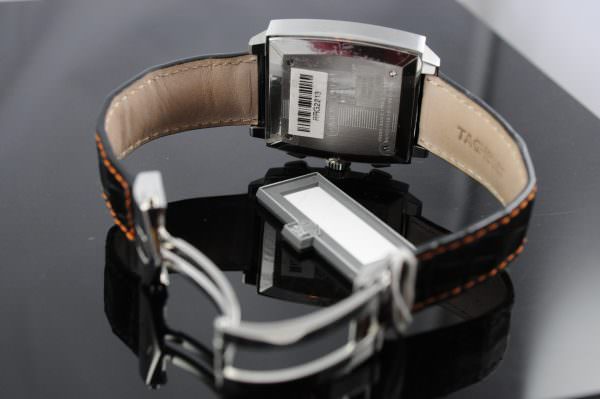 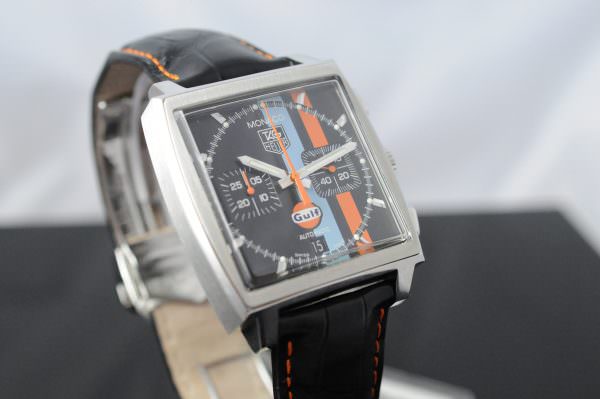 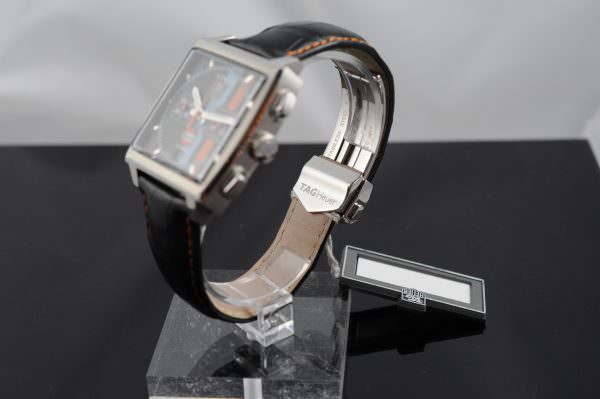 We have just bought this very rare limited edition Tag Heuer Monaco. As you will see from the photos this example has the famous Gulf Oil colours from the world of motorsport.

With a dial in the orange and baby blue livery of the famous Le-Mans-winning Posche 917K (it held Longest Race Distance record for nearly 40 years!), this TAG Heuer Monaco ‘Vintage’ was made as a comemmorative limited edition of 4000 numbered pieces in 2007. Disitinctively signed ‘Gulf’ on the dial, echoing the sponsor of Steve McQueen’s Le Mans racing team in the eponymous film, and featuring a specially-engraved caseback. The watch is in superb condition and is fitted to an alligator TAG Heuer strap with contrasting stitching, folding clasp, and a TAG Heuer box.

This is virtually as new with no wear on the strap.

The movement is known as a Calibre 17  automatic so therefore one of the top range of Tag Heuer movements.