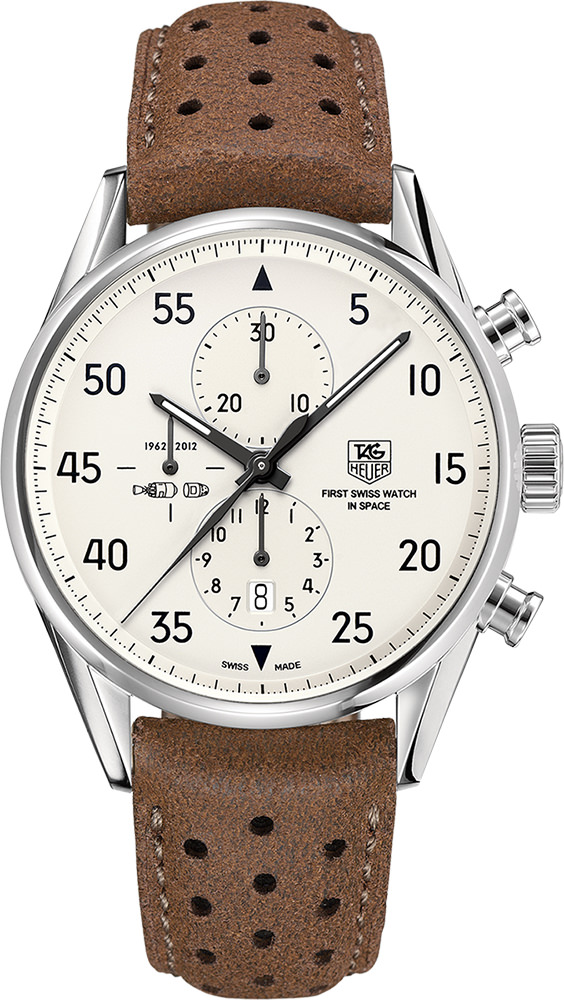 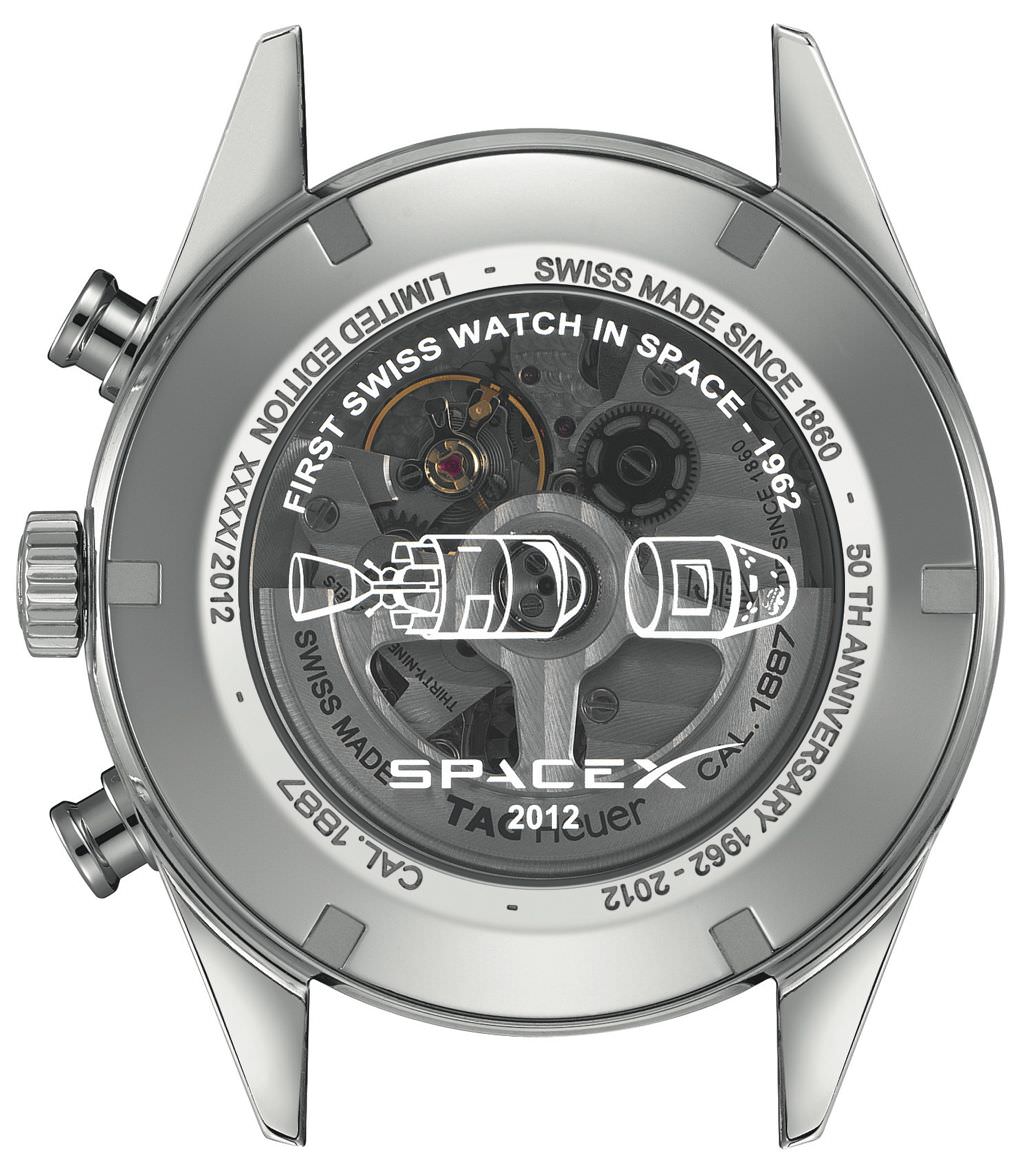 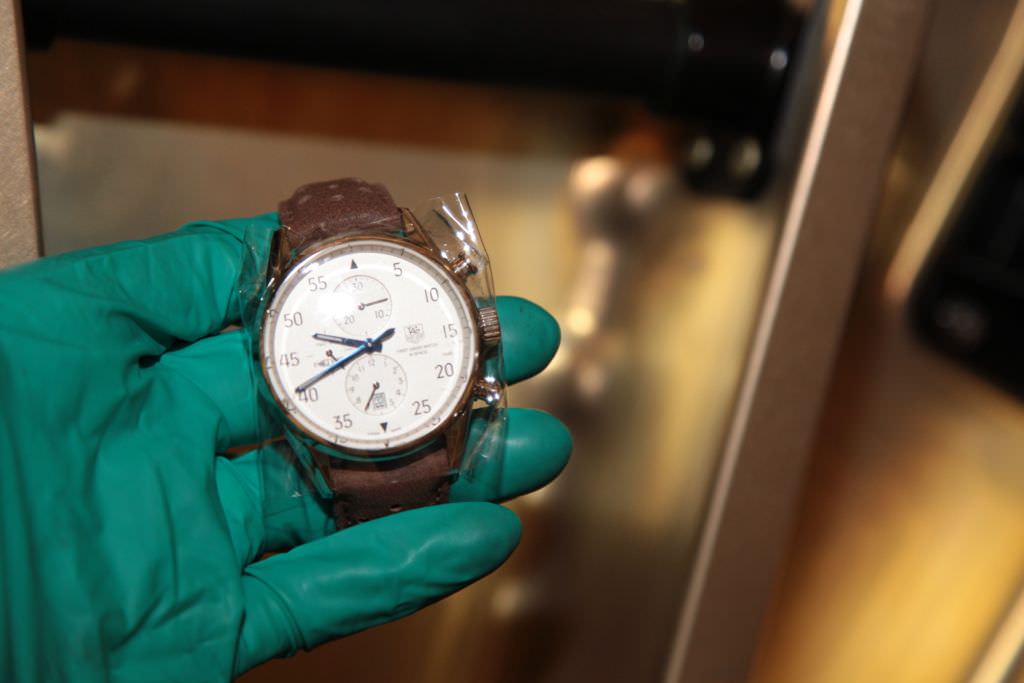 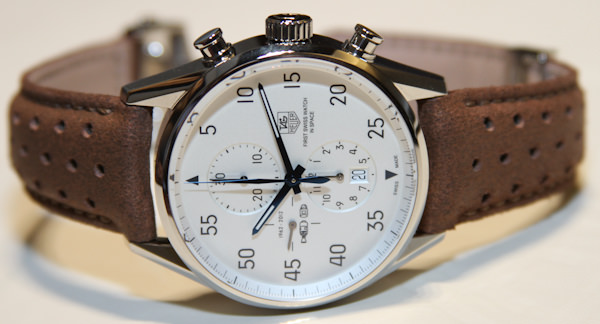 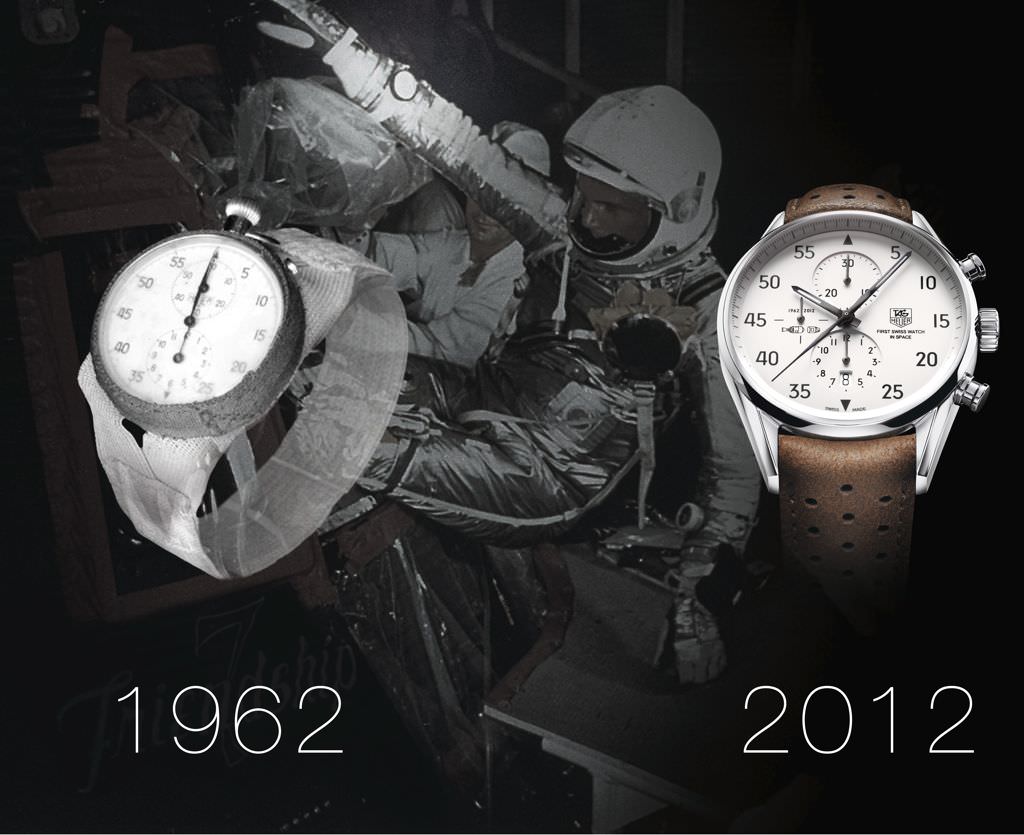 This is watch one of only 2012 made. They are all now sold out and many will be in the hands of collectors. Papers are dated 2013.

We bought this watch from it’s original owner who had it as part of a large collection.

This limited edition SpaceX Chronograph was created to mark the 50th anniversary of the first Swiss timepiece to go into outer space – the modified Heuer 2915A stopwatch worn by John Glenn on February 20, 1962, when he became the first US astronaut to successfully orbit the Earth. Codenamed Project Mercury, the flight lasted five hours and saw Glenn pilot Friendship 7 around the Earth three times. Not only was this a huge achievement for NASA, it was also a milestone for Heuer (as it was known until Techniques d’Avant Garde bought the company in 1985

Fifty years after Glenn’s mission, on May 22 this year, the TAG Heuer SpaceX Chronograph was fired into space from Florida’s Cape Canaveral Air Force Station in the Extra Overhead Hatch of SpaceX’s Dragon Spacecraft. In doing so, Space Exploration Technologies (SpaceX) became the first commercial company to send a spacecraft to the International Space Station.

Founded in 2002 by Elon Musk (the entrepreneur also known for co-founding Tesla Motors and PayPal), SpaceX is now widely seen as the next generation of space travel. In 2006, it was chosen by NASA to resupply the International Space Station with their Falcon 9 launch vehicle and Dragon 9 spacecraft for a minimum of 12 missions. And Musk believes his company can even land a man on Mars within the next 12-15 years.

The SpaceX Chronograph itself may be inspired by the past, but it’s a watch designed for the modern consumer. TAG Heuer has updated its iconic Carrera design with a slightly larger 43mm stainless steel case – and the silver dial is faithful to Glenn’s original stopwatch with triangle markers at 6 o’clock and 12 o’clock. The watch also packs an impressive 50-hour power reserve.

Back on solid ground three weeks later, the watch (which is powered by TAG Heuer’s in-house Carrera 1887 movement) was found to be in full working condition, having stood up to the ultimate quality control test of rocketing into space at the speed of sound. That SpaceX Chronograph has now taken its rightful place alongside a replica of Glenn’s stopwatch in Switzerland’s TAG Heuer 360° Museum.

This is a complete set with all original boxes and warranty cards etc and comes on an original unworn leather strap.